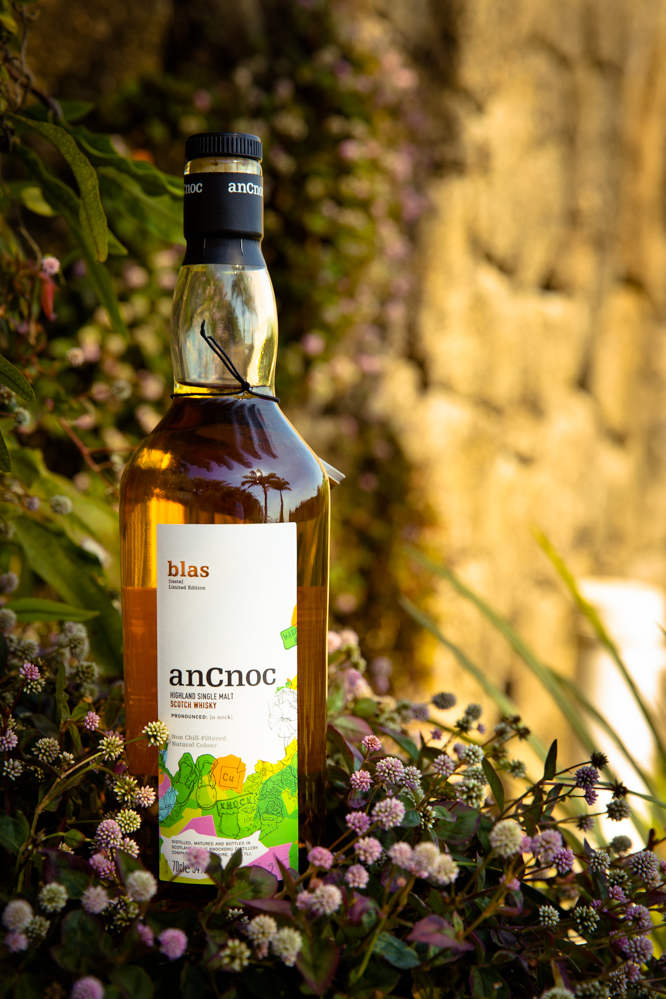 We form sentimental relationships with a lot of things: with the car that we drove on an incredible trip, the film we watched that time with someone special and the song that helped us overcome a challenge.  It’s not necessarily good or bad, but it’s a feeling that something is special to you, however trivial it may seem to others.  They are things that are part of a moment of epiphany, or that mark some sort of change in our lives.

One of the whiskies that holds a special place in my memory is AnCnoc.  AnCnoc was my favourite in the most important tasting I went to on my first trip to Scotland.  I was so impressed that the last thing I did before boarding my flight back to Brazil was run to the duty free shop and buy a bottle to take home – AnCnoc 16 years old.

Naturally, I thought that with time and after trying other malts, the feeling would fade.  In fact, it didn’t at all.  After that 16-year-old, I had another four different bottles. And I liked them all.  They all had the same suave characteristic, the smooth, melted butteriness that fascinated me.  My favourite, however, is AnCnoc Blas – whose name means “flavour” in Gaelic.

Blas is a souped up version – to use a more technical expression ‘Cask Strength’- of the classic tasting profile of its distillery. Which, incidentally, is not called AnCnoc, but Knockdhu.  The unusual difference between the name of the whisky and the distillery has a very clear reason.  It is to keep drunken whisky lovers from confusing it with Knockando, another distillery, whose whiskies are also called Knockando.

Knockdhu is in Aberdeenshire, in the Scottish Highlands, and boasts an impressive and varied range.  There are no age statement whiskies – like Blas – and other more matured offerings like the incredible 25-year-old.  There are also special peaty editions, which are peated to different degrees.  The distillery is extremely versatile and in the partial opinion of this dog – and sorry for the canine reference – a hell of an underdog, along with Ben Nevis.

AnCnoc Blas is a special edition of Knockdhu, in collaboration with the Scottish designer Patrick Grant.  If you think it’s strange that a designer was involved in producing a single malt, let me explain: Grant was responsible for illustrating the packaging and whisky label.  In the words of the designer, “I spent a lot of time at Knockdhu not only taking in the landscape and the surrounding areas but getting to know the people that work there and the methods that they use. Everything in the print is from the hill, the village of Knock or from within the distillery itself and tells the story of the making of Blas.  I’ve tried to interpret AnCnoc’s history and tradition in a modern way, and hope this is translated through the aesthetic of the bottle.”

It’s not the first time that Knockdhu has worked with a well-known personality in an unlikely collaboration.  Other limited editions produced by the distillery featured illustrations by Peter Arkle, a Scottish artist.  If you think all this drawing talk is silly, calm down – AnCnoc Blas doesn’t only dress differently.  As mentioned above, it is bottled at cask strength and has 54% alcohol content – something quite unusual for AnCnoc.

Perhaps I am exaggerating.  Maybe AnCnoc Blas is just another good whisky, among so many good whiskies.  Or perhaps it just benefitted from the moment – after all it is easier to fall in love in Scotland than in your living room!  Yet it is precisely this uncertainty, the feeling that I think it’s better than others might do, that makes it even more special.