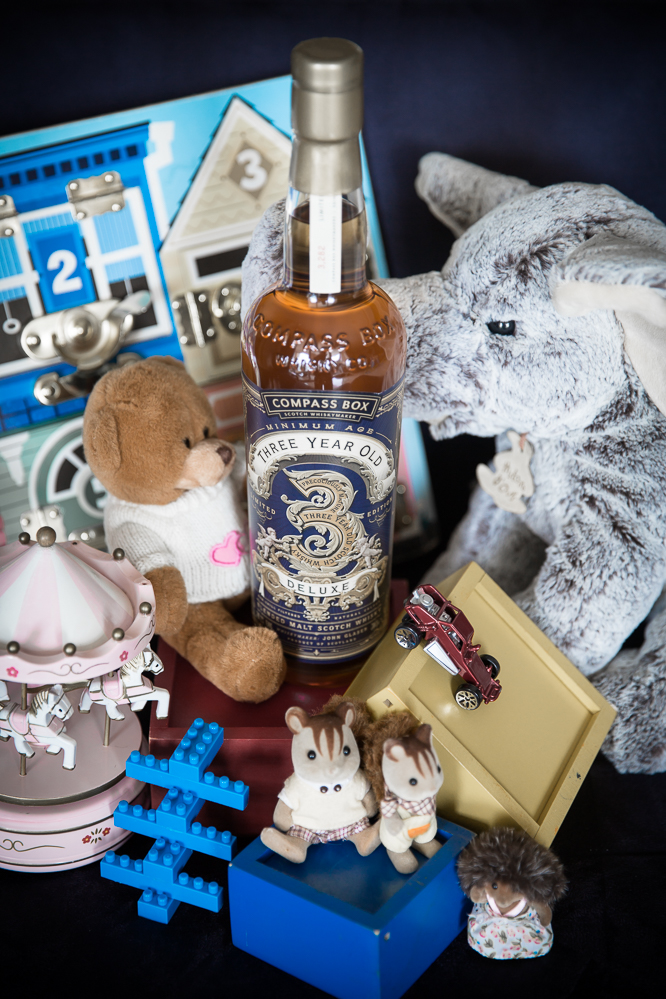 January is the month of my birthday.  I turned thirty-three, with the liver of a sixty-something year old.  And I realised something: My last thirty years were no way near as important as my first three.

I notice this in my daughter, the little pup.  My puppy is three years old, with social skills I didn’t master until I was twenty.  I don’t know if it’s because she’s an incredibly sociable creature, or if I’m completely socially inept.  She can talk to anyone, question, lie, make small talk and order cheese bread at the bakery in an extremely charming way – and she’s learnt it all in three years.

Of course, some things are still complicated.  My pup has certain difficulties understanding abstract subjects and isn’t very convincing in elaborate arguments.  For example, when she tries to convince me that she can eat chocolates twice a day, she’s unsuccessful and get’s aggressive.  Watching her development, however, I come to a, maybe optimistic, conclusion: That we are who we are from the age of three.  The rest is just refinement – trim the sharpest edges and learn about a whole load of things we’ll never use, like ions, neutrons, endothermic and exothermic animals and the Mesozoic era.

In the whisky world, the same is true.  The minimum age that a whisky can be considered a whisky, according to the rules laid down by the Scotch Whisky Association, is three.  Time makes it less aggressive.  In most cases, the pungency of youth is exchanged for the complexity brought on by the years in the barrel.  The exception, of course, is Compass Box Three Year Old Deluxe, which despite the minimum age on the label, conveys the maturity of a Balzac-woman.

Compass Box Three Year Old Deluxe is a blended malt produced by Compass Box Whisky Co., a boutique of premium blended whiskies founded by the businessman, John Glaser.  Since its foundation, Compass Box has had an iconoclastic position in the whisky world.  Many of its releases were made to provoke or challenge the dogma imposed by the Scotch Whisky Association.  An example is when they decided to produce a whisky with Oak chips – something which is forbidden – or a whisky comprising only two components: a single malt and a grain whisky.

Perhaps Compass Box’s most blatant provocation to this day is the Three Year Old Deluxe.  It is composed of 0.4% a Clynelish of just three years old, 90.3% Clynelish and 9.3% Talisker – both of which are much more mature.  Nevertheless, a whisky of a very reasonable average age.  Due to SWA regulations, however, that age cannot be declared.  It must be stated as a three-year-old whisky.  As I said, the age on the whisky label must be that of its youngest component – in this case, the three-year-old Clynelish.

Three Year Old Deluxe is actually the result of a campaign by Compass Box Whisky Co. for more transparency in the whisky world.  It encouraged other producers to join and had a petition for consumers.  In less than a day, three thousand people had signed this petition and renowned brands had joined the campaign.  One of them was Bruichladdich, Islay’s famous distillery, known for its progressive positions.

However, in the end, the SWA remained resilient and Compass Box had to find a middle ground.  According to Glaser, “For various reasons (including, believe it or not, Brexit) it is unlikely that any satisfactory change in EU or UK laws will be achieved in the short-term, but that does not mean we cannot continue doing what we have always done and blend whiskies of different ages to create complexity and balance. And with that in mind, we are proud to introduce you to our newest Limited Edition Scotch whisky; 3 Year-Old Deluxe.”

He continues, “a whisky composed of just under 1% three-year-old malt whisky, a little over 90% malt whisky of an unstated age from the same distillery and 9% peaty malt whisky, distilled on the Isle of Skye.  Regulations permit us only to share details of the age of the youngest component!  No matter.  For it is this three-year-old component that we think is truly special aged by us.”

Despite the somewhat conformist tone of the text, Three Year Old Deluxe is really the proverbial slap in the face pf the SWA with a velvet glove.  There is a certain hypocrisy in Glaser’s (more or less) resigned words.  The proportion of young malt is too small to make any relevant difference to the flavour of the blend and both he and the SWA know that.  The whisky is therefore a highly elaborate provocation and an absolutely incredible one.  The Three Year Old Deluxe is reminiscent of a late Brora.  Lightly peated with a touch of wax, honey and incredibly fruity.

However, this Dog has a suspicion, a very controversial suspicion – but not as controversial as producing a whisky costing more than £100 and labelling it a three-year-old.  It’s just that it seems to me that Three Year Old Deluxe was made not to be drunk.  All of the packaging demonstrates this, from the gold wax used to seal the cork to the transparent acrylic case.  Everything contributes to the suspicion that what Glaser intended, when he shoved the SWA while disguising it as a pat on their backs, was that Compass Box Three Year Old Deluxe would become a collectors’ item.

That’s exactly what happened.  Since its launch in 2014, the price has more than doubled. And you can well believe, because this Dog has experienced this difficulty itself. It’s pretty hard to find a bottle.  Regardless of our age, one thing never changes and that’s our appreciation of a good story – and Compass Box Three Year Old Deluxe is one of the best.

Flavour: Dry and fruity, citrus with apple and spices.  The smokiness, which is long and dry, comes out only at the end.

Availability: only in international shops.